The world is on fire, literally. As I write in California, fires caused by years of climate-induced drought and poor forest management are wreaking havoc across the entire West Coast, with no sign of respite. In Brazil, under the authoritarian regime of Jair Bolsonaro, the Amazon is facing the worst burning season in a decade, with over 500 major fires so far in 2020, many of them in Indigenous Peoples’ territories. In Indonesia, where deadly fires in 2019 released over 700 tons of greenhouse gases, many provinces have already declared an emergency as toxic haze intensifies the already grave COVID-19 pandemic.

While climate change itself is a major driver and enabling factor of the fires everywhere, in the humid tropics, where fire has never been a natural part of forest ecosystems, the causes are more precise: the production of commodity crops like palm oil, soy, cattle, and wood products account for over half of the deforestation and as much as one quarter of all global greenhouse gas emissions. Tragically, much of this production goes to unnecessary consumer goods like burgers, bath soaps, and body butter.

As rainforests face another year of devastating fires, a new report from Friends of the Earth shows that the largest U.S. asset managers, BlackRock, State Street, and Vanguard – known as the Big Three – have explicitly undermined efforts by consumer brands and agribusiness companies to halt deforestation. The new report, Doubling Down on Deforestation: How the Big Three Asset Managers Enable Consumer Goods Companies to Destroy the World’s Forests, reveals that the Big Three collectively hold shares worth almost $700 billion invested in consumer brands with supply chain links to rainforest destruction, and tens of billions more in the agribusiness producers directly responsible for widespread deforestation. Worse, all three firms have voted against or abstained from voting on every single shareholder resolution requiring companies to act on deforestation since 2012, and lack clear policies to engage with companies on the issue, which is the second leading cause of climate change.

In 2010, the Consumer Goods Forum (CGF), a consortium of the world’s largest retail companies, made a big promise. The CGF, which includes globally-recognized brands such as Procter & Gamble, Kroger, Mondelez, and Unilever, committed to eliminating deforestation from its members’ supply chains by 2020. Attention from the CGF has driven action by some companies and helped shine a spotlight on the global deforestation crisis, but it has not come close to achieving its goals or solving the problem. CGF companies failed to meet their 2020 deadline, and now the world’s forests are on fire.

CGF member companies have been called to task by dozens of civil society groups. But CGF member companies are not solely to blame. They are implicitly encouraged by weak legal and regulatory frameworks, subject to lax enforcement, and empowered by their financiers and shareholders to continue their destructive course.

Financial institutions can address deforestation in companies they own or finance in many ways: through direct engagement with companies, proxy voting, introducing criteria for loans and underwriting of debt and equity securities, or by excluding companies entirely from their lending and investment portfolios. Deforestation, and climate risk more broadly, is increasingly recognized by financial institutions as having direct financial materiality. Yet, the “Big Three” asset managers – BlackRock, Vanguard, and State Street – have no risk frameworks or explicit policies to measure, manage, and mitigate deforestation, native ecosystem conversion, and peatland destruction – or the associated risks of land grabbing and human rights violations.

Put simply, as industrial agricultural production and unfettered consumption devastate the world’s forests, the largest asset managers in the United States have actively undermined efforts to halt deforestation by voting against measures to protect forests at virtually every opportunity they had and by failing to hold either consumer goods companies or forest-risk producers accountable for ongoing deforestation and egregious human rights violations. The Big Three investors have failed our world’s forests – and they need to be held to account.

To learn more, read Doubling Down on Deforestation: How the Big Three Asset Managers Enable Consumer Goods Companies to Destroy the World’s Forests.

To see whether the mutual funds and ETFs in your 401(k) or personal portfolio are invested in deforestation and climate change, visit Deforestation Free Funds, a project of As You Sow and Friends of the Earth U.S. 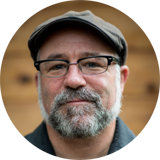 The Federal Reserve is already a climate policymaker

The Fed wants to wash its hands of the climate crisis. But through inaction, it's contributing to worsening economic risks

Which Vanguard Fund is More Sustainable, VTSAX or VFTNX?

Vanguard’s VTSAX fund is investing in the climate crisis, but there are sustainable alternatives that avoid climate-related financial risk

Urge asset managers to adopt a No Deforestation policy

401(k) plans are forcing people to invest in fossil fuels

While companies talk up efforts to reduce emissions, their employee retirement plans are heavily invested in coal, oil, and gas

Why is BlackRock’s Carbon Transition fund packed with Big Oil?

Changes to how funds are assigned fossil fuel grades, deforestation grades, and more

Finding the right fossil free fund for you

Searching for top-scoring investments on deforestation, gender equality, and more

Now you can compare fossil free funds to index funds

Join us Wednesday, April 22 to learn about fossil free investing

Healthy forests are an essential part of the global climate solution

There’s a common myth that says moving your money away from increasingly risky fossil fuel investments means having to sacrifice returns. But it’s not true.

BlackRock must invest for the Paris climate agreement

BlackRock has billions invested in companies with business models that are not in alignment with keeping global warming well below 2˚C.

Burning coal for power is a huge problem for climate change. It could be a problem for your 401(k) as well.

Measure the clean energy impact of your savings

Fossil Free Funds is adding Clean200 screening. Now each fund is scored on how it invests in clean energy leaders.

What if your savings could help save the world?

Are your savings supporting clean energy or fossil fuels?

U.S. fund managers have far more invested in coal, oil, and gas than companies with green revenue — but a few are bucking the trend.